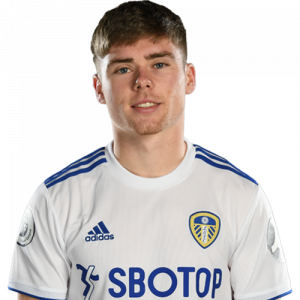 Leif Davis (born 31 December 1999) is an English professional footballer who plays for Premier League club Leeds United as a left back. He can also play as a centre back.

On 27 June 2016, Davis joined Morecambe where he would come through the ranks of the academy.

Leeds United
On 4 July 2018, Davis joined EFL Championship side Leeds United under head coach Marcelo Bielsa for an undisclosed fee, where he initially linked up with the Leeds academy.

After impressing for Leeds’ Under 23s, Davis was promoted to the first team and was named as an unused substitute on several occasions by head coach Bielsa before making his debut for the club on 23 December 2018, when he started in a 3–2 win against Aston Villa at Villa Park after Barry Douglas fell ill before kickoff.

With Davis potentially set for a spell in the side, after injuries to left backs Barry Douglas and Gjanni Alioski, Davis himself was ruled out for the remainder of the season including Leeds’ playoff campaign after knee surgery.

Davis was regularly named as an unused substitute on the bench for the first team squad in the Championship, but still featured regularly for Carlos Corberán’s Leeds United under 23s side over the course the 2018–19 season, that won the PDL Northern League 2018–19 season and became the national Professional Development League champions by beating Birmingham City in the final.

After the English professional football season was paused in March 2020 due to Impact of the COVID-19 pandemic on association football, the season was resumed during June, where Davis earned promotion with Leeds to the Premier League and also become the EFL Championship Champions for the 2019–20 season in July after the successful resumption of the season.

Style of play
Davis predominantly plays as a left back. He was converted by Carlos Corberán to also play as a centre back. Davis describes his style as a “a modern-day, attacking left-back”.