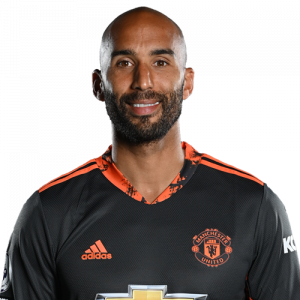 Lee Anderson Grant is an English professional footballer who plays as a goalkeeper for English Premier League club Manchester United.

Grant began his pro career with Derby County, which makes his Football League debut in September 2002. Grant spent five seasons Derby, during which time he moved from loan to Burnley and Oldham Athletic. He joined Sheffield Wednesday in July 2007 and established himself as first choice goalkeeper, playing in 136 consecutive matches. He transferred into Burnley in July 2010, where he made 126 appearances in 3 seasons, before returning to Derby County in May 2013. Grant combined Stoke City at August 2016, on loan, before a permanent transfer in January 2017. He also spent two seasons in Stoke before proceeding to Manchester United at July 2018.