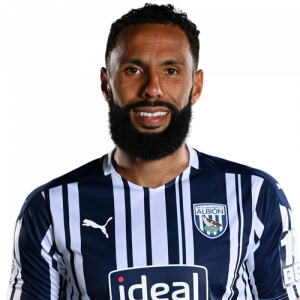 Kyle Louis Bartley (born 22 May 1991) is an English professional footballer who plays as a central defender for Premier League club West Bromwich Albion.

Bartley started his career with Arsenal, making his debut in 2009. He spent some of the 2009 season and the first half of the 2010 season with Sheffield United in the Football League Championship. He then spent the second half of the 2010 season with Scottish Premier League club Rangers and returned to them for the 2011–12 campaign. He signed for Swansea City in 2012, and spent the first half of the 2013–14 season on loan to Championship club Birmingham City and the whole of the 2016–17 campaign on loan at Leeds United. After making just 21 league appearances for Swansea in six years, he joined West Bromwich Albion in 2018.

He has also represented England at under-16 and under-17 level.

On 16 July 2018, Bartley joined Championship club West Bromwich Albion on a three-year contract for an undisclosed fee. He scored his first goal for the club in a 4–1 win against Reading on 6 October 2018.