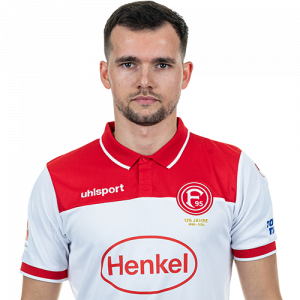 Kevin Stöger (born 27 August 1993) is an Austrian professional footballer who plays as a midfielder for Bundesliga club Mainz 05.

Stöger was born in Steyr, Austria.

On 22 January 2011, Kevin Stöger had his debut for VfB Stuttgart II in the 3. Liga against FC Carl Zeiss Jena.

He moved to newly promoted Fortuna Düsseldorf on 28 May 2018. He was given the number 22.