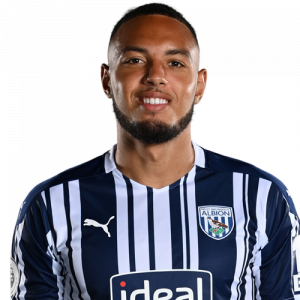 Albin Kenneth Dahrup Zohore (born 31 January 1994) is a Danish professional footballer who plays as a striker for Championship club Millwall, on loan from West Bromwich Albion.

He began his career in his native Denmark, making his professional debut for Copenhagen at the age of 16, becoming the youngest player to play in the Danish Superliga. Regarded as a promising youngster, he joined Italian side Fiorentina in 2012 but struggled to break into the first-team and, following loan spells with Brøndby IF and IFK Göteborg, he returned to Denmark on a permanent basis by joining OB in 2015.