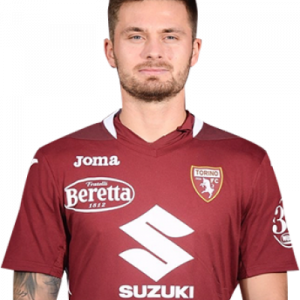 Karol Linetty (born 2 February 1995) is a Polish professional footballer who plays as a midfielder for Serie A club Torino and the Poland national team.

Lynette is a pupil of the Lech club. On November 2, 2012, in a match against Wisla Krakow, he made his debut in the Polish championship. On March 1, 2014 in a duel against Piast Karol scored his first goal for Lech. In 2015, Linetta helped the club win the championship and the Polish Super Cup.

On August 26, 2020, he moved from Sampdoria to another Serie A club – Torino. The transfer amount was € 7.5 million plus bonuses, and the contract is calculated until June 30, 2024. On September 19, 2020, he made his debut for Torino in the away meeting against Fiorentina (0: 1), entering the starting lineup and playing 87 minutes, after which he was replaced by Vincenzo Milliko. On October 23, 2020, he scored his first goal for Torino in a home match against Sassuolo (3: 3), opening the scoring on 33 minutes of the game.