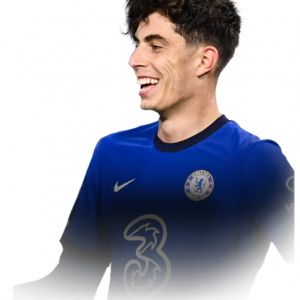 Kai Lukas Havertz (born 11 June 1999) is a German professional footballer who plays as an attacking midfielder or winger for Premier League club Chelsea and the Germany national team.

Upon making his debut for Bayer Leverkusen in 2016, Havertz became the club’s youngest-ever debutant in the Bundesliga, and he became their youngest-ever goalscorer when he scored his first goal the following year. He is also the youngest player to reach the milestones of 50 and 100 league appearances in the German top flight.