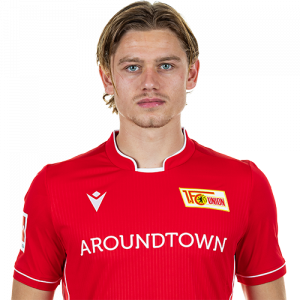 Julian Ryerson (born 17 November 1997) is a Norwegian footballer who plays as a full-back or midfielder for 1. FC Union Berlin.

Career
Ryerson signed for Viking from Lyngdal IL in the summer of 2013. He got his breakthrough for the first-team in the 2016 season, when he played 18 matches in the league. Ryerson played primarily right-back in those matches.