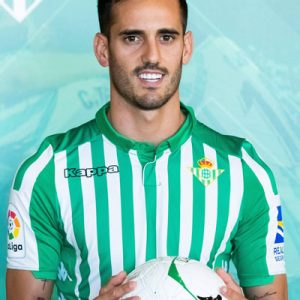 Juan Miguel Jiménez López (born 20 May 1993), known as Juanmi, is a Spanish professional footballer who plays for Real Betis as a forward.

He came through the youth ranks at Málaga, starting in its reserves and making his first-team debut in 2010, also spending time on loan at Racing de Santander in 2013. In La Liga, he also represented Real Sociedad and Betis.

Juanmi won the European Championship with Spain under-19s in 2011 and 2012, and made his senior international debut in 2015.

Real Betis
On 14 June 2019, Juanmi signed a five-year contract with Real Betis for a €8 million fee. He spent the vast majority of his debut campaign on the sidelines, nursing a left-foot injury.

Juanmi scored his first competitive goal on 28 June 2020, but in a 4–2 away defeat against Levante UD.