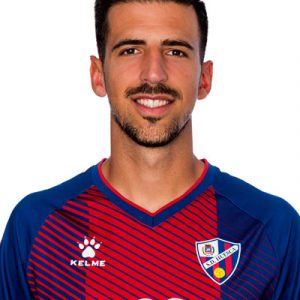 Born in A Coruña, Juan Carlos was a product of local Deportivo de La Coruña’s youth system, and made his official debut with the first team on 7 September 2011, playing the full 90 minutes in a 5–1 home win against Girona FC in the second round of the Copa del Rey. He scored 15 goals for the reserves in 2011–12, in the fourth division.

On 3 June 2012, as Depor were already promoted to La Liga as champions, Juan Carlos made his league debut with the main squad, playing 28 minutes in a 1–0 away victory over Villarreal CF B. He continued to appear regularly with the B side, however.

On 14 January 2013, Juan Carlos was loaned to SD Huesca until June. He scored his first professional goal late in the month, netting the first in a 2–1 away defeat of CD Numancia but seeing the Aragonese club eventually suffer second-tier relegation.

Juan Carlos returned to the Galicians in July, being definitely promoted to the first team also in division two. He played 27 matches and scored three goals during the season, as Deportivo returned to the top flight at the first attempt.

On 2 April 2014, Juan Carlos was slapped by teammate Luisinho in the face after both argued during a training. On 26 January of the following year, after being rarely used during the campaign, he terminated his contract with Depor and joined second division side CD Tenerife hours later.

After a two-year spell in the Romanian Liga I with CFR Cluj, Juan Carlos returned to Tenerife after signing a two-year deal. On 27 July 2018, he moved to UD Almería also of the second tier after agreeing to a one-year contract.

On 31 July 2019, free agent Juan Carlos joined his former club Huesca on a two-year deal after their top-flight relegation.