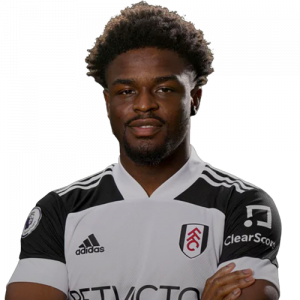 Joshua Erowoli Orisunmihare Oluwaseun Maja (born 27 December 1998) is a Nigerian professional footballer who plays as a striker for Premier League club Fulham, on loan from Bordeaux, and the Nigeria national team.

Maja played youth football with Crystal Palace, Fulham and Manchester City and began his professional career with Sunderland, making 49 appearances and scoring 17 goals. In January 2019, he joined Bordeaux. Born in England, Maja made his international debut for Nigeria in September 2019.

Bordeaux
On 26 January 2019, Maja signed for French Ligue 1 club Bordeaux on a four-and-a-half year contract. He made his league debut on 17 February in a 2–1 home Derby de la Garonne win over Toulouse, starting and playing 67 minutes. On 20 April, he scored his first Ligue 1 goal in a 2–1 loss at Nîmes Olympique, but suffered a first-half left-knee injury that ended his season after seven games. On 3 December 2019, again against Nîmes, Maja scored his first professional hat-trick and also provided an assist in a 6–0 win.

Return to Fulham (Loan)
On 1 February 2021, transfer deadline day, Maja returned to English football with his former club in his youth, Fulham, now back in the Premier League though in a relegation battle, signing on loan for the remainder of the 2020–21 season. On 14 February, in his first start for the side, he scored both goals in a 2–0 victory at Everton.