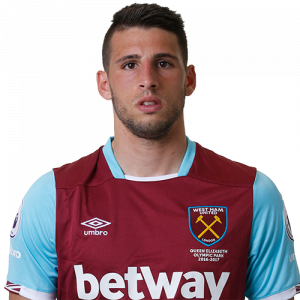 Jonathan Calleri (born 23 September 1993) is an Argentine professional footballer who plays as a striker for Osasuna on loan from Deportivo Maldonado.

Calleri started his career at All Boys and played for Boca Juniors for one season before signing for Deportivo Maldonado. A series of loans have since ensued, firstly to Brasileirão club São Paulo, then to Europe with West Ham United of the Premier League, and La Liga clubs Las Palmas, Alavés and RCD Espanyol.

Calleri scored a hat-trick for Espanyol in a Europa League match against Wolverhampton Wanderers on 27 February 2020; Espanyol won the match 3–2 but lost the two-legged tie by a score of 6–3.