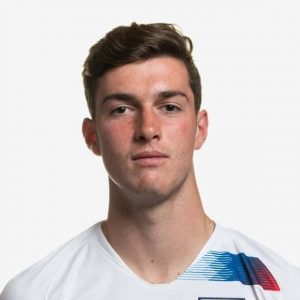 Joseph Michael Scally (born December 31, 2002) is an American professional soccer player who plays as a right back for Bundesliga side Borussia Mönchengladbach.

Club career
Scally signed his first professional contract with New York City on March 21, 2018 at the age of 15, and in doing so became the second youngest professional soccer player in the United States, after Freddy Adu. Scally made his professional debut for New York City in a 4–0 U.S. Open Cup loss to New York Red Bulls on June 6, 2018, coming on as a late substitute.

On November 13, 2019, it was announced that Scally would join Bundesliga side Borussia Mönchengladbach at the end of the 2020 MLS season. The transfer fee was reported to be a seven-figure sum that could rise to become one of the highest transfer fees received for an MLS player.