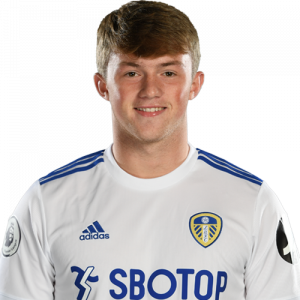 Joseph Paul Gelhardt (born 4 May 2002) is an English professional footballer who plays as a forward for Premier League side Leeds United and represents England U18s.

Wigan Athletic
Born in Liverpool, Gelhardt grew up in Netherton, Merseyside, where he attended Chesterfield High School. He joined Wigan Athletic at the age of ten in 2013, progressing through the youth teams before being offered a scholarship deal in 2017. He made his professional debut for Wigan Athletic on 14 August 2018, appearing as a substitute against Rotherham United in the first round of the EFL Cup.

On 24 August 2018, he signed his first professional contract with the club. He made his League debut on 27 April 2019, appearing as a half-time substitute against Birmingham City. On 14 September 2019, he scored his first senior goal for the club in a 2–2 draw against Hull City.

Gelhardt made 19 appearances in all competitions with 18 coming in the EFL Championship during the 2019–20 season, as Wigan were relegated from the Championship after a 12 point penalty saw them drop into the relegation places.

Leeds United
On 10 August 2020, he signed a four-year contract with Premier League side Leeds United.

Gelhardt is left footed and plays mainly as a striker; he can also play as a second striker, wide forward or as a attacking midfielder. He is known for his dribbling, power and build-up play; his style has been compared to that of Wayne Rooney.