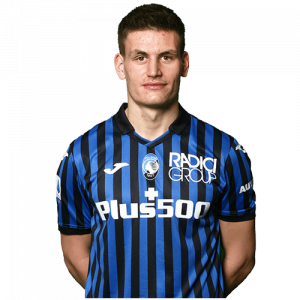 Joakim Mæhle Pedersen (born 20 May 1997) is a Danish professional footballer who plays as a right back for Serie A club Atalanta and the Denmark national team.

Atalanta
Genk announced on 22 December 2020 that Mæhle had signed for Atalanta on a five-year contract for a fee of €10 million. His transfer was made official on 4 January 2021. He made his Serie A debut for Atalanta on 6 January in the club’s 3–0 defeat of Parma. On 28 February, Mæhle provided an assist in Atalanta’s 2–0 win over Sampdoria.

International career
Mæhle made his Denmark national team debut on 5 September 2020 in a Nations League game against Belgium, he substituted Martin Braithwaite in the 72nd minute of a 2–0 home loss. He scored his first international goal in a friendly against the Faroe Islands on 7 October 2020.