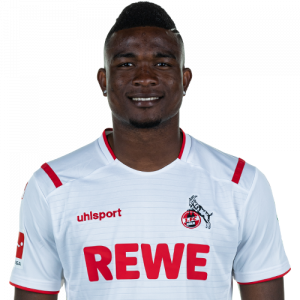 Jhon Andrés Córdoba Copete (born 11 May 1993) is a Colombian footballer who plays for German club Hertha BSC as a striker.

He is well known for his strength and his powerful shots. His skills and talents have led many to consider him to be a Colombian version of Didier Drogba due to their similar traits.