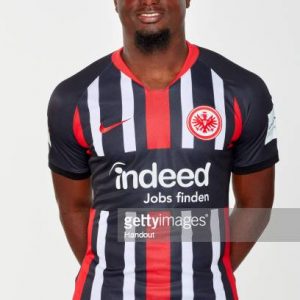 Jetro Danovich Sexer Willems (born in Willemstad, Curaçao on 30 March 1994) is a Dutch professional footballer who plays as a left wing-back or left-back for Eintracht Frankfurt. He represented the Netherlands national team at UEFA Euro 2012; he played in the Netherlands’ opening match of the tournament at the age of 18 years and 71 days, making him the youngest player ever to play in the UEFA European Championship.

On 17 July 2017, Willems joined Eintracht Frankfurt to replace Bastian Oczipka, who, in turn, joined Schalke 04. The transfer fee paid to PSV was reported as between €5 million and €9 million, depending on the source. Willems made 29 appearances during the 2017–18 season, which included the surprise win over Bayern Munich in the German Cup final. Willems started the 2018–19 season by starting in the German Super Cup.