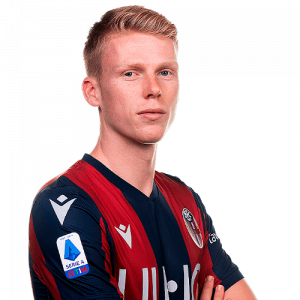 Jerdy Schouten (born 12 January 1997) is a Dutch professional footballer who plays as a midfielder for Bologna in Serie A.

Schouten made his professional debut in the Eredivisie for ADO Den Haag on 10 December 2016 in a game against N.E.C..

In 2018, Schouten signed for Eredivisie side SBV Excelsior, where he signed a contract until 2021. For his performances in the 2018-19 Eredivisie season, Schouten was voted by the fans as the club’s player of the year.

On 4 July 2019, he signed for Italian football club Bologna.