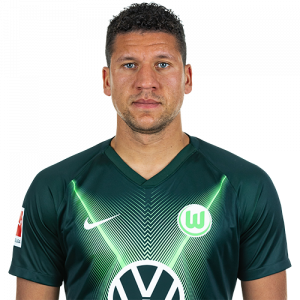 Jeffrey Kevin van Homoet Bruma (born 13 November 1991), commonly known as Jeffrey Bruma, is a Dutch professional footballer of Surinamese descent who plays for VfL Wolfsburg as a centre back.

Chelsea
Bruma joined Chelsea’s youth setup from Feyenoord at the age of 15 for a fee of £100,000, and was making appearances for the reserve team by the age of 16. In the 2007–08 season, Bruma played centre back in every round of the FA Youth Cup run to the final and made the most appearances in the youth league. Bruma also played for the Netherlands U-21 national team.

Loan to Leicester City
On 11 February 2011, Bruma joined Leicester City on loan until the end of the 2010–11 season, where he linked up with fellow Chelsea loanee Patrick van Aanholt.

Loan to Hamburger SV
Bruma joined Hamburger SV on a one-year loan deal, until 30 June 2012, with an option for another year and was given the number 5 shirt. On 23 September 2011, he scored his first Bundesliga goal in a 2–1 victory against VfB Stuttgart, the equalizing goal to make the score 1–1.

PSV
On 26 June 2013, it was announced that Bruma had signed a contract with PSV. As part of the deal to take Bruma to Eindhoven, Chelsea insisted there was a buy-back clause in his contract.

VfL Wolfsburg
On 26 June 2016, Bruma made a return to German football, signing a five-year deal with Bundesliga side VfL Wolfsburg for an undisclosed fee.