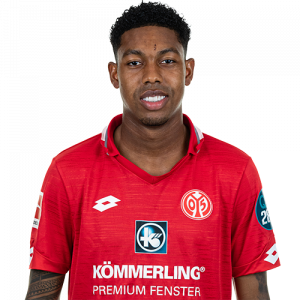 Jean-Paul Boëtius (born 22 March 1994) is a Dutch professional footballer who plays as a winger for Bundesliga club 1. FSV Mainz 05.

He made his debut for hometown club Feyenoord in 2012 at the age of 18 and remained at the club for three years before moving to Swiss club FC Basel. At Basel, he failed to establish himself. Following a loan to Belgian side Genk in the second half of the 2016–17 season, he returned to Feyenoord.

Having represented the Netherlands at various youth levels, he made one appearance for the senior team in 2014.

In August 2018, Boëtius joined Bundesliga side 1. FSV Mainz 05 on a four-year contract. The transfer fee paid to Feyenoord was reported as €3.5 million.

On 20 June 2020, Boëtius scored Mainz’s second goal in a 3–1 victory over Werder Bremen in the penultimate match of the Bundesliga season. The win secured the club’s place in the Bundesliga for the following campaign.