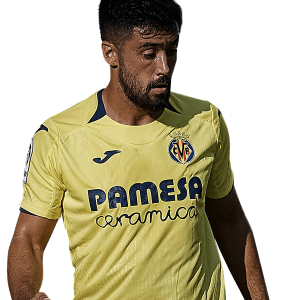 Jaume Vicent Costa Jordá (born 18 March 1988) is a Spanish professional footballer who plays as a left-back.

He spent most of his career at Villarreal, making over 250 appearances, and also had two spells with Valencia.

Villarreal
Costa joined neighbours Villarreal CF in the summer of 2010, being initially assigned to the reserves also in the second division. He played his first match in La Liga with the main squad on 4 March 2012, featuring the full 90 minutes in a 1–2 away loss against Real Zaragoza. At the end of the campaign both the first and the second squads dropped down a tier, even though the latter finished in a comfortable 12th position, with 29 games and one goal from the player.

In late August 2013, with the Yellow Submarine back in the top flight, Costa renewed his contract with the club until June 2017. He scored his first goal in the competition on 10 May 2014, netting his team’s last in a 4–0 home win over Rayo Vallecano. In January 2017, his link was again extended to 2021.

On 13 August 2019, Costa returned to Valencia on a season-long loan. He made his debut four days later, starting in a 1–1 draw against Real Sociedad at the Mestalla Stadium; the decade-long difference between two appearances set a club record previously held by Juan Sánchez in the 1990s.

Costa was released by Villarreal at the end of 2020–21 season, after his contract expired.