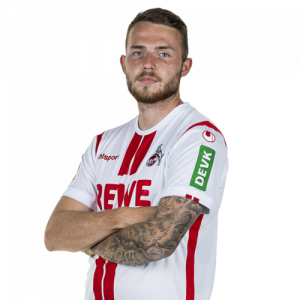 Jannes-Kilian Horn (born 6 February 1997) is a German footballer who plays as a defender for 1. FC Köln.

Horn spent his youth career at VfL Wolfsburg, where he was promoted to the first team during the 2016–17 season. In June 2017, Horn joined 1. FC Köln who had recently qualified for the UEFA Europa League.

On 15 August 2019, Horn joined Hannover 96 on a loan deal until the end of 2019–20 season. After Timo Hübers was infected with Covid-19, all Hannover 96 players were tested, but only Horn was tested positive. According to the club, his case has no connection to Hübers’ case.