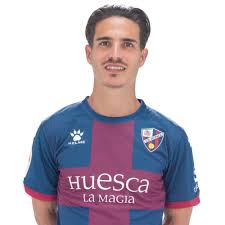 Jaime Seoane Valenciano (born 22 January 1997) is a Spanish professional footballer who plays as a midfielder for SD Huesca.

Born in Madrid, Seoane joined Real Madrid’s La Fábrica at the age of nine, from EMF Aluche. Promoted to the reserves for the 2016–17 season, he made his senior debut on 20 August 2016 by starting in a 3–2 Segunda División B home defeat of Real Sociedad B.

On 26 April 2017, Seoane extended his contract with Los Blancos until 2020. He scored his first goal for Castilla on 1 November, scoring his team’s second in a 4–1 away routing of Celta de Vigo B.

Seoane made his first team debut on 28 November 2017, coming on as a late substitute for Mateo Kovačić in 2–2 home draw against CF Fuenlabrada, for the season’s Copa del Rey. He would resume his career at the club appearing for the B’s, however.

On 6 August 2019, Seoane signed a three-year deal with Segunda División side SD Huesca. He made his professional debut twelve days later, replacing Mikel Rico in a 1–0 away defeat of UD Las Palmas.

On 31 January 2020, after appearing rarely, Seoane was loaned to fellow second division side CD Lugo, until June.