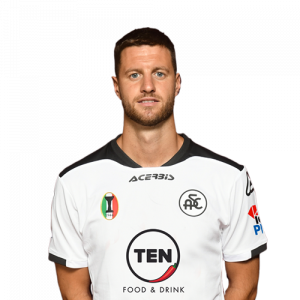 Jacopo Sala (born 5 December 1991) is an Italian footballer who plays as a central midfielder for Serie A club Spezia.

Hamburger SV
Sala came to German side Hamburger SV from Chelsea on a three-year contract, joining former Chelsea teammate Michael Mancienne at the club. He made his competitive debut for Hamburg in a 5–1 home defeat against Borussia Dortmund; he came on as a substitute in the 65th minute, replacing Marcell Jansen.

Sampdoria
On 30 January 2016, Sala joined Sampdoria on loan with an obligation to buy.

Spezia
On 5 September 2020, Sala signed to Spezia a 2-years contract. He was the first deal for Spezia in Serie A.