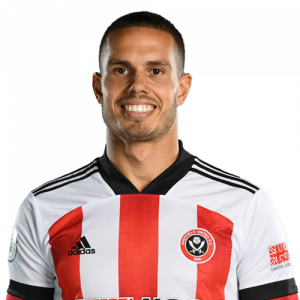 Rodwell joined Everton’s academy at the age of seven, and made his debut in 2007. He spent five years in the first team before he transferred to Premier League champions Manchester City in 2012. After making only 16 league appearances in two seasons, Rodwell was sold to Sunderland in August 2014. After his contract with Sunderland was terminated in June 2018, Rodwell joined Blackburn Rovers in August on a one-year deal. He left Blackburn the following year, later joining Sheffield United in January 2020.

Rodwell has represented England at all levels from under-16 to the senior team. He made his senior international debut as a substitute in a 1–0 win over Spain at Wembley Stadium in November 2011.

On 3 January 2020, Rodwell signed for Premier League club Sheffield United on a contract until the end of the season. It came after when he had been training with the team since December 2019. Upon joining Sheffield United, Manager Chris Wilder defended Rodwell following his appearance in the Netflix series Sunderland ‘Til I Die.

Rodwell made his debut for Sheffield United two days later in an FA Cup 3rd round match against AFC Fylde. However, Rodwell spent the first two months at the club out of the starting eleven by the time the season was suspended because of the COVID-19 pandemic. Once the season resumed behind closed doors, he made his first Premier League appearance in three years, coming on as a 75th minute substitute, in a 1–1 draw against Burnley on 5 July 2020. At the end of the 2019–20 season, Rodwell made two appearances in all competitions.