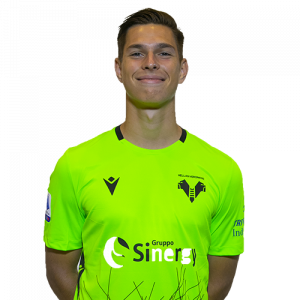 Ivor Pandur (born 25 March 2000) is a Croatian professional footballer who plays as a goalkeeper for Hellas Verona in the Serie A.

Club career
Pandur made his professional debut for Rijeka in October 2019 in a Cup tie against Buje. He then made his league debut on 14 December 2019, playing the full 90 minutes of a 3–1 victory over Varaždin.

On 31 August 2020, Pandur signed with Italian Serie A club Hellas Verona a five-year contract. He made his debut on 28 October in a Coppa Italia tie with Venezia that ended 3–3 after extra time, with Verona progressing thanks to Pandur saving two penalties in the shoot-out. He made his league debut on 9 May 2021 in a 1–1 draw with Torino.

International career
He has been capped for various Croatian youth national teams.