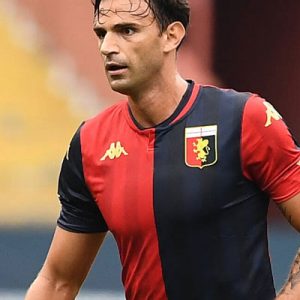 Ivan Radovanović (born 29 August 1988) is a Serbian professional footballer who plays as a defensive midfielder for Italian club Genoa.

At international level, Radovanović earned 10 caps for Serbia between 2010 and 2013.

After coming through the youth system at Partizan, Radovanović was promoted to the senior squad in the 2006–07 season, collecting two cup appearances in the process. He was subsequently loaned to fellow Serbian SuperLiga club Smederevo in the summer of 2007.

In January 2008, Radovanović was transferred to Italian club Atalanta. He failed to make his Serie A debut through the remainder of the 2007–08 season, being an unused sub in five games. While at Atalanta, Radovanović was also sent on loan to Pisa, Bologna, and Novara.

In July 2013, Radovanović switched to fellow Italian club Chievo. He appeared in more than 180 official games over the course of five and a half seasons. On 31 January 2019, Radovanović moved to Genoa.