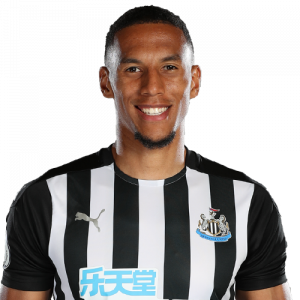 Hayden was born in Chelmsford and played for Southend United until he was 13 years old, when he moved to London to join Arsenal’s Academy. Arsène Wenger has described Hayden as a player whose key assets are concentration, intelligence and strength. Equally comfortable at centre-back or in central midfield, whilst having also previously featured at right-back and as a playmaker.

On 11 July 2016, it was announced that Hayden had joined Newcastle United on a five-year deal. Hayden scored his first goal for Newcastle in a 4–1 win over Reading on 17 August 2016. Hayden went on to win the 2016–17 Championship with Newcastle in May 2017.

Following promotion Hayden secured a place in the Newcastle team under the management of Rafael Benítez as a defensive midfielder. Following the departure of Benitez in 2019, Steve Bruce continued to play Hayden as a midfielder and at right back. Hayden scored the winning goal in a 2020 mid-season 1–0 win against Chelsea with a last minute header in stoppage time.

Hayden was born in England to an English father and Jamaican mother, and is eligible to represent both national teams. Hayden has represented England at the under-16, under-17, under-18, under-19, under-20 and under-21 levels of football.