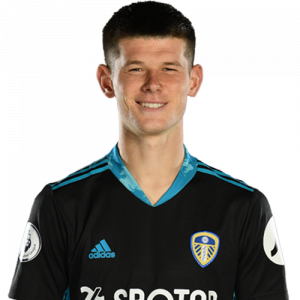 Illan Stéphane Meslier (born 2 March 2000) is a French professional footballer who plays as a goalkeeper for Premier League club Leeds United in England and France U21’s.

Lorient
Meslier began playing football with his local club Merlevenez at the age of 6, and after a successful match against FC Lorient joined their academy. On 1 February 2018, he signed his first professional contract with Lorient. In July 2018, Lorient rejected a €10 million bid from Ligue 1 side AS Monaco for Meslier. He also received interest from English Premier League side Chelsea.

He stayed at Lorient, and shortly made his professional debut under then manager Mickaël Landreau for Lorient in a 1–0 Coupe de la Ligue win over Valenciennes FC on 14 August 2018. He kept a clean sheet consecutively in his first five games as a professional, conceding his first ever goal in his 6th game against Paris FC. He saved an injury time penalty from Clermont player Manuel Perez in Lorient’s 1–0 win against Clermont. He solidified his place as the club’s number 1 keeper during the 2018–19 season, playing 30 times in all competitions, keeping 11 clean sheets. With his form helping Lorient finish in 6th in 2018–19 Ligue 2 but narrowly missing out on the playoffs due to goal difference compared with RC Lens.

Leeds United (loan)
On 8 August 2019, Meslier was signed on a season-long loan by English Championship team Leeds United, with Leeds also having the option to buy Meslier on a permanent deal. He started the season as second choice goalkeeper behind Kiko Casilla and competing with Kamil Miazek for a place on the bench, Meslier gained a reputation as a penalty saving expert after saving three separate penalties for Leeds United under-23’s by December.

On 4 January 2020, head coach Marcelo Bielsa announced that Meslier would make his debut on 6 January in Leeds’ FA Cup tie against Premier League side Arsenal. With Meslier putting in an impressive performance against the Premier League side in a 1–0 defeat on his debut, he was praised for his distribution and his saves during the match. On 29 February 2020, he made his league debut for Leeds in a 4–0 victory away at Hull City.

Meslier finished the season as first choice at Leeds after an eight game suspension to fellow goalkeeper Kiko Casilla, with Meslier keeping seven clean sheets in his 10 league games to help Leeds become Champions and win promotion to the Premier League.

Leeds United
On 23 July 2020, Meslier joined Leeds permanently following their promotion to the Premier League, signing a three-year contract. Meslier made his 2020–21 Premier League debut in the first match of the season against Liverpool on 12 September 2020, starting in the 3–4 defeat at Anfield to the reigning champions. On 28 September, Meslier was named man of the match in the Yorkshire derby 1–0 win over Sheffield United at Bramall Lane, after making a string of fine saves including a point blank reflex save at 0–0.

Meslier was named man of the match on 28 November 2020 and 27 December 2020 after clean sheets over Everton and Burnley respectively.

On 23 February 2021, Meslier became the first goalkeeper under 21 to record 8 clean sheets in a single Premier League season.