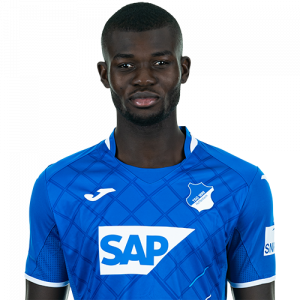 Ihlas Bebou (born 23 April 1994) is a Togolese footballer who plays as a winger for 1899 Hoffenheim in the Bundesliga.

Club career
Bebou started playing football at Garather SV and VfB Hilden before joining Fortuna Düsseldorf in 2011. In December 2016 and June 2017, he rejected contract extensions with his current contract running out in 2018.

On 31 August 2017, the last day of the German summer transfer window, Bebou joined Bundesliga side Hannover.

On 16 May 2019 it was confirmed, that Bebou would join Hoffenheim from the upcoming season. Bebou penned a 3-year contract.

International career
Bebou debuted for the Togo national football team in a 5–0 win over Djibouti on 4 September 2016.