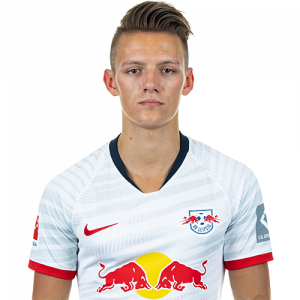 Hannes Wolf (born 16 April 1999) is an Austrian professional footballer who plays as a midfielder for Bundesliga club Borussia Mönchengladbach, on loan from RB Leipzig.

RB Leipzig
On 23 January 2019, Red Bull Salzburg announced that they had sold Wolf to RB Leipzig from the upcoming 2019/20 season. Wolf penned a 5-year contract with the club.

Short after his arrival to RB Leipzig, Wolf suffered a horrendous leg break for Austria U21 at the European Under-21 Championships in June 2019, after giving his side the lead in the 2–0 victory.