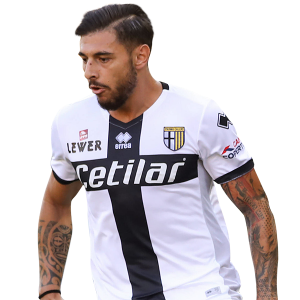 Giuseppe Pezzella (born 29 November 1997) is an Italian professional footballer who plays as a left back for Serie A club Parma.

Palermo
Pezzella is a youth product from Palermo. He made his Serie A debut with the senior side on 6 December 2015 against Atalanta, replacing Mato Jajalo after 65 minutes of a 3–0 away defeat.

Udinese
On 30 June 2017, Pezzella joined Udinese on a five-year contract.

Parma
On 27 August 2019, Pezzella signed to Parma a five-year contract, but he was on loan until the end of 2019–20 season, with an obligation to buy.