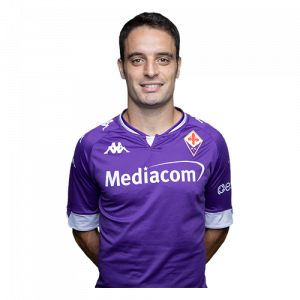 Giacomo “Jack” Bonaventura (born 22 August 1989) is an Italian professional footballer who plays as a midfielder for Serie A club Fiorentina, and the Italy national football team.

Bonaventura started his senior career at Atalanta in the Serie A in 2007, his impressive performances earning him a €7 million transfer to Milan in 2014, spending 6 seasons at the club, before leaving in 2020.

Bonaventura has been a youth national team member since 2008. He made his senior international debut on 31 May 2013, in a friendly match against San Marino.

In September 2020, Bonaventura signed for Fiorentina on a two-year contract.