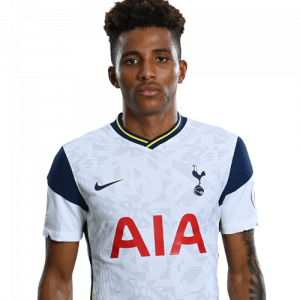 Gedson Carvalho Fernandes (born 9 January 1999) is a Portuguese professional footballer who plays as a midfielder for Premier League club Tottenham Hotspur, on loan from Benfica, and the Portugal national team.

Born in São Tomé, Fernandes started his career at SC Frielas in Portugal in 2008. A year later, he joined S.L. Benfica’s youth system, where he progressed to the club’s reserve team in 2017. On 11 February that year, he made his professional debut with Benfica B in a LigaPro 4–2 win over Desportivo das Aves.

Following his promotion to Benfica’s first team in the 2018–19 season, Fernandes debuted as a starter in a 1–0 home win over Fenerbahçe in the first leg of the UEFA Champions League third qualifying round on 7 August 2018. A week later, in the second leg away, he scored a 26th-minute opener in a 1–1 draw, which qualified Benfica to the competition’s play-off round.

Fernandes signed on an 18-month loan for Premier League club Tottenham Hotspur on 15 January 2020. He made his Premier League debut coming on in the 80th minute away against Watford which ended 0-0.