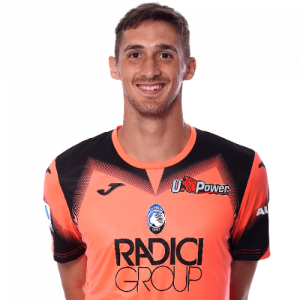 Francesco Rossi (born 27 April 1991) is an Italian professional footballer who plays as a goalkeeper for Atalanta.

Rossi began his footballing career with Atalanta, playing in youth categories including Atalanta B.C. Primavera. In June 2009, he was promoted to first team to be a third-choice goalkeeper, and received the 91 jersey. Despite being at the club for over 15 years, Rossi has only made 3 appearances for the club, all of which were off the bench.

In July 2011, Rossi was loaned to Lumezzane, for one season, and he made his debut on 7 August, in a Coppa Italia match against Pro Patria. In the next phase, he stayed as a starter, and his team played against Torino, suffering a 1–0 away defeat and eventually knocked out of the Coppa Italia. However, in January 2012, his loan was terminated, and he joined Cuneo for the rest of the season. His loan was renewed for the 2012–13 season as well.