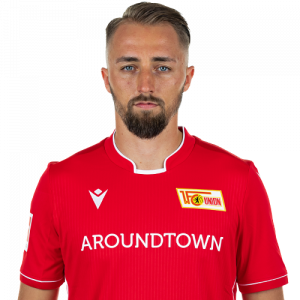 Florian Hübner (born 1 March 1991) is a German football player who plays as a centre back for Union Berlin.

Union Berlin
In June 2018, Hübner transferred to Union Berlin, signing a contract there until 2020.

Personal life
His brothers Christopher and Benjamin are professional footballers and his father Bruno is director of sports at Eintracht Frankfurt.