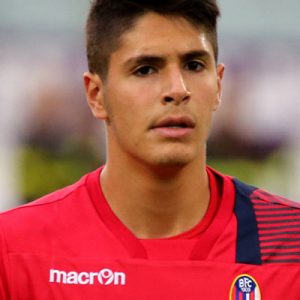 Federico Ravaglia (born 11 November 1999) is an Italian football player. He plays for Bologna as a goalkeeper.

Bologna
He was raised in the Bologna youth teams and started playing for their Under-19 squad in the 2016–17 season.

Loan to Südtirol
On 10 July 2018 he joined Serie C club Südtirol on a season-long loan.

He made his professional Serie C debut for Südtirol on 5 May 2019 in a game against Monza. He replaced Michele Nardi at half-time. That remained his only appearance for Südtirol as he stayed on the bench for the rest of the season.

He made his first starting-lineup Serie C appearance for Gubbio on 25 August 2019 in a game against Triestina.