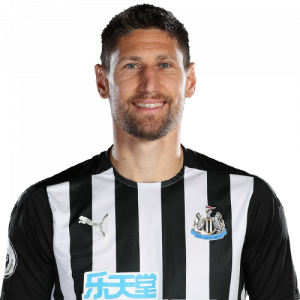 Federico Fernández ( born 21 February 1989) is an Argentine professional footballer who plays as a centre-back for Premier League club Newcastle United.

He began his career at Estudiantes de La Plata, where he reached the final of the Copa Sudamericana and won the Copa Libertadores, before moving to Napoli in 2011. He was used sparingly by the Serie A club, and spent time on loan at Getafe, before joining Swansea City in 2014.

Fernández made his full international debut in 2009 and has since earned over 30 international caps, scoring three goals. He was part of the Argentine squad which reached the 2014 FIFA World Cup Final.

On 9 August 2018, Fernández joined Newcastle United on a two-year contract. The move reunited him with Rafael Benítez, his manager when both were at Napoli. He scored his first Premier League goal on 2 November 2019 in a 3–2 away win at West Ham United. His second Newcastle goal came in a 2–1 Premier League home win against Southampton.