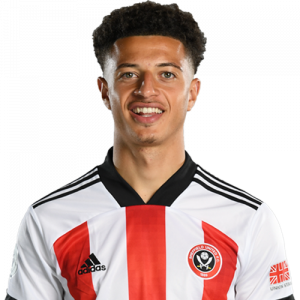 Ethan Kwame Colm Raymond Ampadu (born 14 September 2000) is a professional footballer who plays as a midfielder for Premier League club Sheffield United, on loan from Chelsea, and the Wales national team. He made his senior debut for Wales in November 2017. Ampadu previously played for Exeter City, where he became the youngest player to appear for the club’s first team, aged 15. He has also played for German club RB Leipzig.

On 1 July 2017, Ampadu signed a contract with Premier League club Chelsea. The two clubs had entered negotiations over a compensation fee for the player in an attempt to reach a fee that both found acceptable for the then 16-year-old. Yet, in November 2017, Exeter City chairman Julian Tagg said that, whilst there was still a positive relationship between the two clubs, there was also a “massive disparity” in both clubs’ valuation of the player. It was set to go to a tribunal.

Ampadu plays internationally for the Wales national football team. He qualifies for Wales through his Welsh mother. He was previously also eligible to represent England, Republic of Ireland and Ghana.

On 26 May 2017, at the age of 16, Ampadu was called into the senior Wales squad ahead of their World Cup qualifier with Serbia. He was called up again on 1 November for friendlies against France and Panama, and made his debut on 10 November at the Stade de France, coming on as a 63rd-minute substitute for Joe Ledley in a 2–0 defeat.