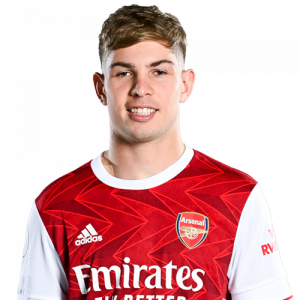 Smith Rowe originates from Thornton Heath in the south London borough of Croydon. He relocated to north London with his parents and brother when he was signed by Arsenal in 2010.

Aged 17 he joined the senior team on their pre-season tour of Singapore in July 2018.