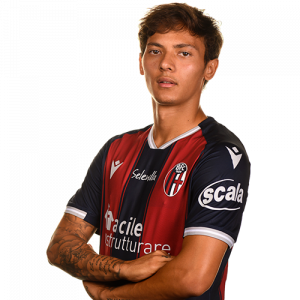 Emanuel Vignato (born 24 August 2000) is an Italian professional footballer who plays as midfielder for Serie A club Bologna.

Bologna
Loan to Chievo
On 20 January 2020, he signed a contract with Bologna and was loaned back to Chievo for the remainder of the 2019–20 season.

International career
Vignato was born in Italy to an Italian father and Brazilian mother. He was called up to represent both Brazil U17s — but without playing a match, Italy U17s and Italy U18s.