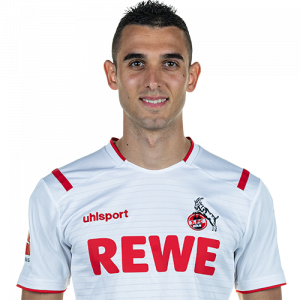 Ellyes Joris Skhiri (born 10 May 1995) is a Tunisian professional footballer who plays as a midfielder for Bundesliga club 1. FC Köln and the Tunisia national team.

Montpellier
Skhiri is a youth product of Montpellier HSC. He made his Ligue 1 debut on 21 March 2015 against Evian Thonon Gaillard replacing Paul Lasne in extra time in a 1–0 away defeat.

Skhiri made his senior debut for the Tunisia national football team in a friendly 1–0 win over Iran on 23 March 2018.