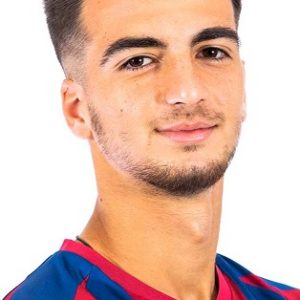 Edgar Martirosovich Sevikyan (born 8 August 2001) is a Russian professional footballer of Armenian ancestry who plays as a left winger in Spain for Levante UD and their reserve team.

Born in Moscow with Armenian descent, Sevikyan joined Levante UD’s youth setup in 2017 from FC Lokomotiv Moscow, after travelling to the city of Valencia to visit his mother, sister and brother. On 22 June 2019, while still a youth, he signed his first professional contract after agreeing to a three-year deal.

Sevikyan made his senior debut with the reserves on 19 January 2020, coming on as a second-half substitute for Álex Blesa in a 0–1 Segunda División B away loss against CE Sabadell FC. He was handed his first start seven days later, and scored his team’s second in a 3–1 away defeat of Hércules CF.

Sevikyan made his professional – and La Liga – debut on 5 December 2020, replacing goalscorer Jorge de Frutos late into a 3–0 home win against Getafe CF.