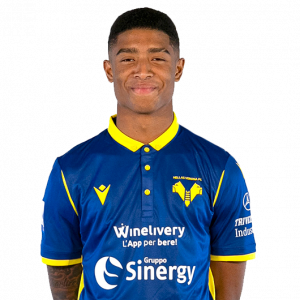 Eddie Anthony Salcedo Mora (born 1 October 2001) is an Italian professional footballer who plays as a striker for Serie A club Hellas Verona, on loan from Internazionale.

He was born in Genoa to Colombian parents.

Salcedo is a product of the Genoa youth academy. On 20 August 2017, at the age of 15, he made his debut with the senior team in Serie A in a 0–0 away draw against Sassuolo, coming on as an 81st-minute substitute for Andrey Galabinov.

On 16 July 2018, Salcedo joined Inter Milan on a season-long loan deal with an option to make the deal permanent. He played with Inter’s U19 team in the Campionato Primavera 1 and the UEFA Youth League. The deal was made permanent on 19 June 2019 for €8m.

In summer 2019 he joined the newly promoted Hellas Verona on loan. On 3 November 2019, he scored his first Serie A goal, in the home match won 2–1 against Brescia.

On 25 September 2020 he re-joined Verona on another season-long loan.