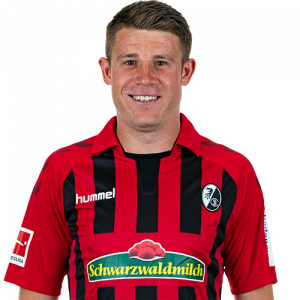 Dominique Heintz (born 15 August 1993) is a German professional footballer who plays as a centre back for SC Freiburg.

Career
On 28 April 2018, Heintz played as Köln lost 3–2 to SC Freiburg which confirmed the club’s relegation from the Bundesliga.

In May 2018, SC Freiburg announced Heintz would join the club for the 2018–19 season. The transfer fee paid to Köln was reported as €3 million.