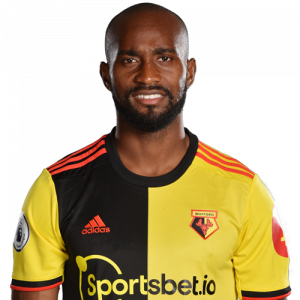 Dimitri Christophe Foulquier (born 23 March 1993) is a professional footballer who plays as a right back for Granada.

Rennes
After excelling with local clubs in the commune, he was spotted by Rennes scout Patrick Rampillon and, subsequently, joined the professional club in July 2007.

Foulquier was awarded the Best Academy Player award for the 2009–10 season. After appearing on the bench in matches during the 2010–11 season, he was promoted to the senior team by manager Frédéric Antonetti for the 2011–12 season. Foulquier was assigned the number 24 shirt and made his professional debut on 2 October 2011 in a league match against Lille, starting but being replaced on the half-time in the eventual 0–2 away loss.

Granada
On 27 August 2013, Foulquier was loaned to La Liga side Granada. He made his debut in the competition on 30 September, replacing Michael Pereira in a 2–0 home win against Athletic Bilbao.

On 25 May 2014, the Andalusians bought Foulquier outright, for a €2 million fee, with the player signing a five-year deal.

Watford
Foulquier signed for Watford on 25 August 2017, but was immediately loaned out to Ligue 1 side RC Strasbourg for the remainder of the 2017–18 Season.

On 23 August 2018, Foulquier returned to Spain and its first division after agreeing to a one-year loan deal with Getafe CF. On 21 September 2019, he made his Premier League debut, against Manchester City F.C., in an 8–0 loss. Foulquier started the match, but was subbed off after 33 minutes.

On 2 January 2020, Foulquier returned to Granada on loan for the rest of the season with the option to buy. His move was made permanent on 24 July 2020.