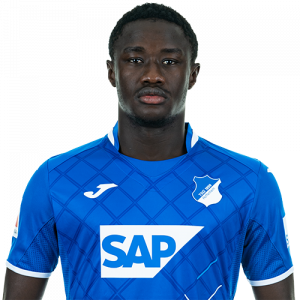 Diadie Samassékou (born 11 January 1996) is a Malian professional footballer who plays as a defensive midfielder for German club 1899 Hoffenheim and the Mali national team.

Red Bull Salzburg
In August 2015, Samassékou signed a four-year contract with Red Bull Salzburg, initially joining their farm team FC Liefering. During the 2017–18 season Salzburg had their best ever European campaign. They finished top of their Europa League group, for a record fourth time, before beating Real Sociedad and Borussia Dortmund thus making their first ever appearance in the UEFA Europa League semi-final. On 3 May 2018, he played in the Europa League semi-finals as Olympique de Marseille played out a 1–2 away loss but a 3–2 aggregate win to secure a place in the 2018 UEFA Europa League Final.