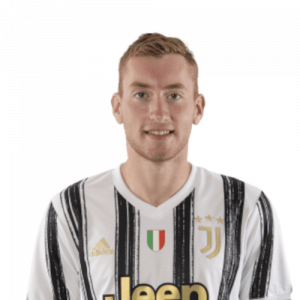 Dejan Kulusevski (born 25 April 2000) is a Swedish professional footballer who plays as a winger or midfielder for Serie A club Juventus and the Sweden national team.

Coming through from the youth system, Kulusevski made his senior debut for Atalanta in 2019, before joining Parma on loan at the beginning of the 2019–20 season. He joined Juventus during the winter transfer window for €35 million, and was sent back to Parma on loan for the rest of the season.

Born in Sweden to Macedonian parents, Kulusevski chose to represent his native country internationally at senior level, and made his full debut in 2019.

Kulusevski is a quick, physical, and technical player, capable of playing in various midfield and attacking positions. Mainly deployed as a right winger, he can also play as an attacking midfielder, as an offensive–minded central midfielder or mezzala (Italian for half-winger), or as a centre-forward.

Kulusevski made his first official training session with Juventus on 25 August 2020. He scored on his professional club debut, on 20 September 2020, in a 3–0 league win at home against Sampdoria. He made his UEFA Champions League debut on 20 October, in a 2–0 away win over Dynamo Kyiv in the group stage. On 25 October, he came off the bench and scored against Hellas Verona in a 1–1 home draw.