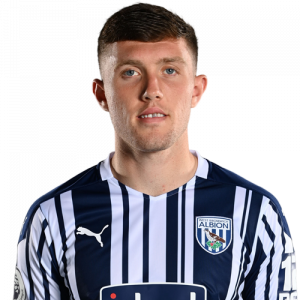 Dara Joseph O’Shea (born 4 March 1999) is an Irish professional footballer who plays as a defender for Premier League club West Bromwich Albion and the Republic of Ireland national team.

Born in Dublin, O’Shea began his career at St. Kevin’s Boys before moving to English club West Bromwich Albion. He spent the 2017–18 season on loan at Hereford. O’Shea was part of the Hereford side that won the Southern League Premier Division, winning promotion to the National League North.

He moved on loan to Exeter City in August 2018. In March 2019, he was praised by Exeter manager Matt Taylor.

O’Shea signed a new three-year contract with West Brom on 24 January 2020. He scored his first league goal on 9 February 2020, in Albion’s 2–0 victory over Millwall.

International career
He has represented the Republic of Ireland at under-19 and under-21 youth levels.

He made his senior national team debut on 14 October 2020, against Finland.