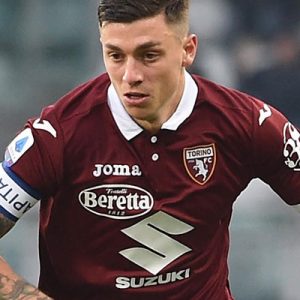 Daniele Baselli (born 12 March 1992) is an Italian professional footballer who plays as a midfielder for Torino and the Italy national team.

Torino
On 10 July 2015, he was sold to Torino, in the same transfer that also brought Davide Zappacosta to Piedmont, for a total of €10.3 million. Baselli made his competitive debut for Torino on 17 August in the third round of Coppa Italia against Pescara, scoring Torino’s first goal in a 4–1 win. On 23 August, he scored his first goal in Serie A with Torino in a 2–1 win away to Frosinone. He concluded the 2014–15 season with 35 appearances and four goals.